Paje Consultancy Ltd are experts in hotel, conference and venue sales.  We offer our skills and expertise to help businesses fulfil sales and marketing projects and functions.

Providing practical support for businesses to fulfil a sales and marketing need or function, Paje has extensive experience in running Sales & Marketing projects and specialists that can support your business with expertise, knowledge and activity that delivers results on a day to day, weekly or monthly basis.  Services we offer include: 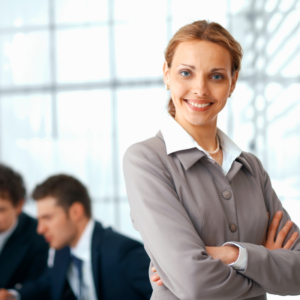 Seamless extension of your sales team

Paje can provide a hands on business development and representation service covering the UK conference, training, meetings, and events market. We carry out telesales projects and agency blitzes, represent your business in face to face customer sales appointments and create and implement marketing and social media campaigns.
Read More

Positioning, launching and promoting hotels and conference venues needs specialist skills. Paje Director, Mandy Jennings, has firsthand experience in pre-opening, positioning and launching of iconic hotels and venues in the UK and Europe. Mandy knows what it takes to ensure the business takes off on the right trajectory and secures it’s future position in the market place.
Read More

Paje Consultancy Ltd works with a team of professional industry experts with a proven track records of delivering results. If you need someone to step seamlessly into your organisation, quickly understand the needs of the business and proactively deliver the results that matter then Paje Associates are a valuable resourse.
Read More

If you think that the Paje team could help your business to thrive, then please get in touch.

Having not had an Agency Sales Manager in the Conference and Events side of the business for over 5 years, Alton Towers were looking to remind event agencies of their flexible and creative events space.

We put together a Telesales Campaign running 2 days per week with a team to proactively call alongside an interim Agency Sales Manager, one day per week, to run for an initial contract of 3 months. Due to the success of the campaign, this was further extended for another 6 months until it was decided that Alton Towers would recruit a full time person for this role.

Having contacted over 400 agencies we booked and represented Alton Towers at over 45 agency appointments, as well as passing on enquiries for site inspections and stayovers at the venue. We continued to develop strong relationships with all the agents throughout this project and handed a priority contact list back over to Alton Towers for the team to look after.

We also gave the Events Team support by;

The whole project generated in excess of £500K worth of enquiries directly through our team that we were able to pass on to our client. Including those agents who enquired directly with the venue, the team at Alton Towers reported more than a 14% increase in enquiries from the previous year.